I was really happy when I got the congratulations email from Sarah at Victory Institute, accepting me into the program. This acceptance was something that I had only dreamed of getting. Not only would I be an intern on Capitol Hill, but I would be a part of the Victory Institute. This was especially exciting since aren’t a lot of opportunities for LGBTQ folx back home. It’s one thing to get an internship on Capitol Hill, but it’s another to be a part of a cohort, a leadership development program, to have everything paid for and to have professionals looking out for you while in the program. I felt my future ahead of me. These past few weeks have gone by so fast. I cannot believe we are starting week four of the program. Rewinding back to three weeks ago, I had just returned from the Netherlands from a month-long study abroad program and was leaving for Washington, DC a little over a day later. I didn’t have a lot of time to process this big transition. DC would be the farthest I had ever been away from home. I didn’t know what to expect and, not to mention, the flight to DC would be my first flight alone. After the flight, I remember landing and thinking to myself, “New Beginnings” to a day I thought would never come.

Washington, DC is so different from the Greater Cincinnati area; it is more fast paced. Even though it was a different space, everyone in my intern cohort was so nice; we immediately clicked. It was refreshing to be around so many people I related to. As a group, we quickly jumped into Victory Institute orientation our second day in DC and then started the first day on the Hill two days later. As cliché as it sounds, I had butterflies. I couldn’t fathom waking up the next day to go to my internship on Capitol Hill; it just couldn’t be real.

My placement is with the Transportation, HUD and Related Agencies subcommittee of the House Committee on Appropriations. The subcommittee is getting ready to go to the House floor for a bill they have been working on since January. These last few weeks I have been supporting work leading up to this moment, from preparing for full committee mark-up to the bill passing through it and now, creating talks points. I feel as though I’m a part of a team. Everyone in the office is very friendly and the best part is that the staff director really includes me in the process. I feel like I’m a staffer on Capitol Hill. 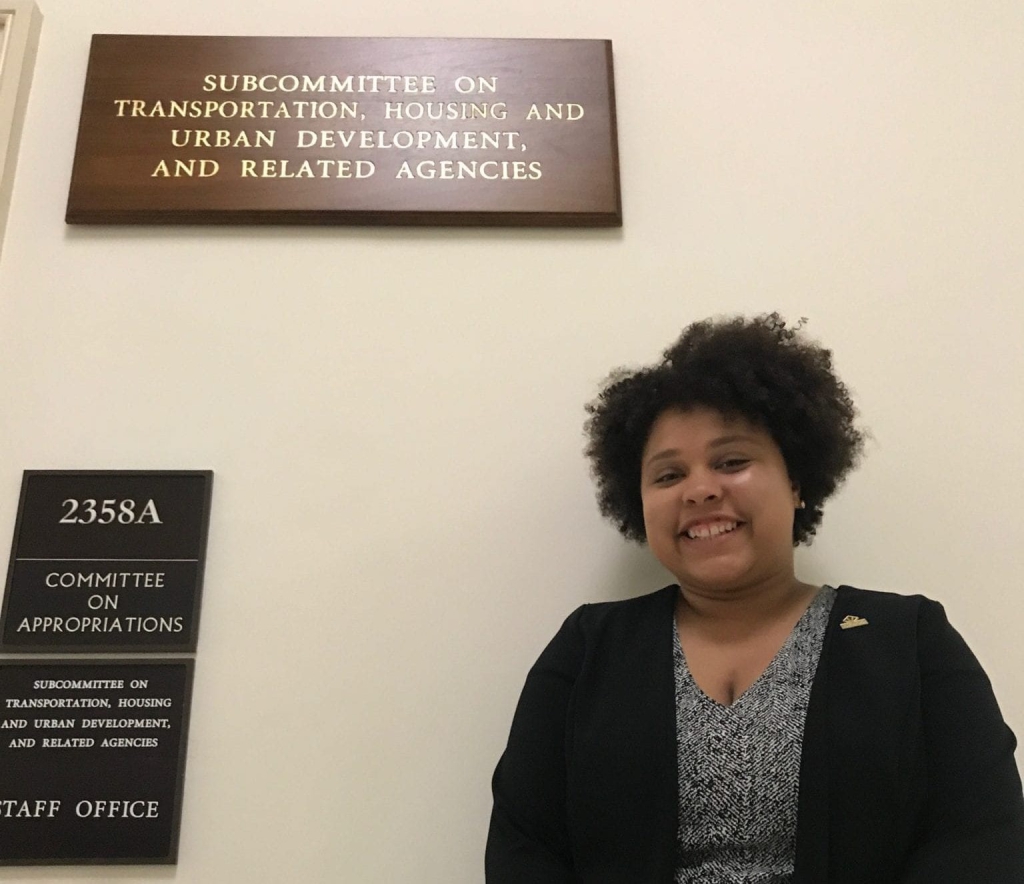 One thing that has really stuck out on the House side of the Hill is all the rainbow and transgender flags outside of offices. As I was staring, one staffer told me that there weren’t always flags outside of the representatives’ offices. The staffer shared that more of the flags started popping up after the 2018 election. What struck me the most, was when they said once the Democrats won back the House in November, the House started to look more like a representation of America, but the Senate still has work to do.

As I walk through the most powerful halls in the world, I must recognize the power and privilege that I have just by being here. I’m constantly thinking about how I can bring the resources I’m gaining back to my community. This past weekend, I was able to watch the Netflix original When They See Us, a docuseries that retells the story of the Central Park Five from their perspective. After watching it, I went to the Juneteenth festival hosted by One DC. It is ironic that I get to walk around as free person, but this freedom can be snatched at any moment. All I know is while I’m in DC, they will see me on the Hill.