The Victory Congressional Internship (VCI) is developing the next generation of out public leaders. This summer’s eight-week program will include a rigorous virtual weekly leadership development series and mentorship component. Victory Institute is proud of our continued and growing partnership with the LGBT Equality Caucus and other LGBTQ-friendly members of Congress and in-person placements will occur in the fall semester due to COVID-19. 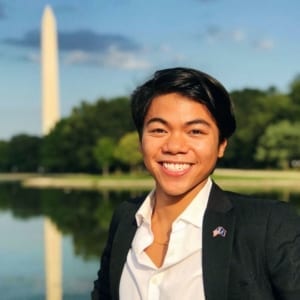 Aaron Aranza is a fourth-year undergraduate studying political science and human rights at UC Berkeley. Though he originally hails from Northern Virginia, Aaron embraces the San Francisco Bay Area as the current center of his universe. Aaron identifies as gay and Filipino-American, and he looks forward to using these identities as a foundation for his future practice as a civil rights lawyer. Outside of school and work, Aaron enjoys hiking new trails, writing short stories, and diving into obscure policy memos. 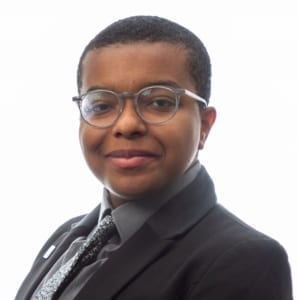 Ose (they/them) is studying Chinese and Political Science with an International Relations specialization at The Ohio State University. On-campus Ose is active in student government. Currently, Ose is serving as the inaugural Chair and co-Founder of Ohio State’s first Undergraduate Black Caucus and they’ve been working since their first year to emphasize the need for inclusive practices for minority students on campus. For their work, the Student Life Multicultural Center awarded them the university’s Buckeye Pride award. Prior to attending Ohio State, Ose served as the National Student Advocate of the Year for LGBTQ+ nonprofit, GLSEN and advocated for youth voice and inclusive practices in K-12 schools. They plan to combine their passion for human rights advocacy and interest in foreign affairs in a career with the US Department of State, first as a Foreign Service Officer, then eventually, a US Ambassador. Emily Bourgeois is a rising senior at Trinity University in San Antonio, Texas where she is a double major in Political Science and English Literature. Her academic focus is on Jewish studies and intergenerational Holocaust memory and she has conducted research on post-millennial voting behavior in the 2018 US midterm elections. She is a member of the Gates Millennium Scholars Program Cohort ‘16. Additionally, Emily has been active on campus in myriad leadership positions and until recently, held a position as a student assistant in the Office of Diversity and Inclusion. In her Student Assistant role, Emily helped create a social justice peer-to-peer mentorship program that trains students to lead workshops on social justice issues and allyship. Above all, she is passionate about making space for marginalized communities where their voices can be heard. In the future, she hopes to either attend law school or obtain a graduate degree in public policy with an emphasis on healthcare and education. 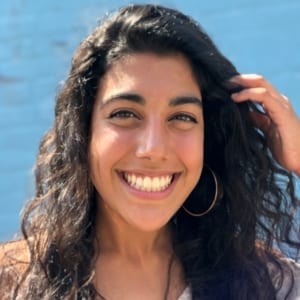 Alicia Buenaventura is a rising senior at Tulane University studying political science and international development with a minor in social innovation and social entrepreneurship. In her role as a Diversity Fellow with the Tulane Admissions Office, she works alongside university leaders to make the admissions process more accessible and guides hundreds of prospective students from diverse, underrepresented, and intersecting identities through the college process each year. She has also served as a mentor for first-year students from diverse backgrounds and as a student worker responsible for creating programming to foster the LGBTQIA+ community on campus. Alicia champions public service and has worked with several non-profits in New Orleans on pressing issues including homelessness, human rights, and youth empowerment. As a Chair on the Public Service Advisory board and an assistant for several service learning classes, she has also taken an active role in shaping how Tulane University gives back to the city of New Orleans, going as far as being named a Fran & Mark Berg Public Service Scholar for her commitment to community engagement. After graduation, Alicia plans to pursue a law degree with a focus in public policy. 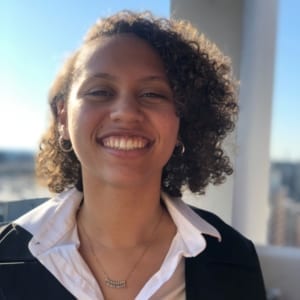 Leilani Fletcher is a rising junior who attends Wake Forest University and is pursuing a double major in Women’s, Gender, and Sexuality Studies and Religious Studies, with a concentration in Religion and Public Engagement. Her passions are social justice and advocating for marginalized communities. On campus, Leilani holds leadership roles that uplift and support the LGBTQ+ community through their work as a student assistant at the LGBTQ+ Center and as a Center Change Agent. She also helps improve the wellbeing of queer students on campus through a space she helped establish and now facilitates; it fosters an environment for queer women to connect and be in community with each other. Leilani also promotes racial equity at Wake Forest through their involvement in the Anti-Racism Coalition, from engaging in dialogue with administrators to discuss institutional changes that support students of color to organizing large scale political demonstrations. In the future, she strives to be an ambitious, influential leader within and outside of their community who works to dismantle all forms of institutional oppression through an intersectional framework. Born in the Dominican Republic and raised in Connecticut, Argenis Herrera has always been fascinated by how people come together. A rising junior at Williams College studying Political Economy, he hopes to apply his education towards generating greater understanding among differing communities and uniting them around shared causes. Through his lived experience, Argenis has cultivated a strong sense of justice that he hopes to use to identify and promote lasting solutions to the many issues that affect the communities he belongs to — whether immigrant, first-generation, low income, or LGBT+. On campus, Argenis serves as a class representative for the Student Union, the Communications Director for the Minority Coalition, the President of College Democrats, and a sustainability consultant for the environmental center. Outside of social advocacy, he enjoys reading novels, curating Spotify playlists, hiking, and watching endless hours of TikTok content. Upon graduation, Argenis hopes to attend law school with a focus on either labor or environmental law.

Isaac James is a rising junior at the University of Texas at Austin majoring in Government and Plan II Honors with a minor in LGBTQ Studies. He is active on campus, serving as Vice President of the UT Senate of College Councils, Director of the Queer and Trans Student Alliance, a Justice on the Student Government Supreme Court, and a Research Assistant in the Sexual Orientation and Gender Identity Lab. A passionate advocate for LGBTQ-affirming education policy, Isaac frequently lobbies university administrators on issues impacting the LGBTQ+ community and has passed resolutions in the student senate to increase the online accessibility of gender inclusive restrooms and normalize the use of pronouns on class syllabi and online learning systems. In the community, he led youth engagement efforts for the 2019 Austin AIDS Walk and is highly involved with GLSEN, the nation’s largest inclusive education-focused nonprofit, as a member of both the GLSEN Austin Board of Directors and the organization’s National Policy Committee. After college, Isaac plans to pursue a joint JD/MPP to become a more effective advocate for LGBTQ-affirming education policies at the local, state, and federal levels of government. Joel ‘Joey’ Medina is a current third year at the University of California, Santa Barbara studying Sociology with a minor in Applied Psychology. Since beginning college, he has dedicated himself to helping minority students at his school and beyond, first through his advocacy in student cultural organizations and now through his position at the school’s Queer Resource Center. He serves as the Outreach Coordinator, a professional position that allows him to unite and advocate for the queer students on campus and hone his communication and publicity skills. He will use these skills and to ultimately achieve his goal of working in the Social Justice field, in a position which has him performing advocacy at an institutional level through the promotion of minority resources. Outside of his professional and educational life, Joey loves watching cheesy movies with his friends, playing Dungeons and Dragons, and exploring the outdoors. Logan Henrique de Melo is a rising senior at the University of New Haven pursuing a degree in Global Studies. Logan got involved right away during his first year on campus and established his presence as a student leader. He has been an active participant in student government, multiple recognized student organizations, Greek life, and a variety of offices on campus. He has held titles such as President of PRIDE, Senior Diversity Peer Educator, Student Success Assistant, Orientation Leader, Senator, Chair of the Inclusions Committee, and more. Throughout his involvement, his goal has remained the same: to make his campus an inclusive environment for everyone, and to create the change he desires to see. In the future, Logan hopes to have a career in higher education and continue his mission to make college campuses inclusive for all. Andrea Miranda Duarte is a first year at the University of Rhode Island majoring in Biological Sciences. She has a passion for human wellbeing, as well as the environment. She has volunteered at the Rhode Island Hospital and has done research on the dwindling populations of the bioluminescent plankton of Puerto Rico’s lagoons. She was a participant at the Women in Technology internship, where the interns made a machine that would recycle 3D printing plastic. She also worked with the Pre-med department at the University of Maine at Farmington to create guides for people who want to go into the medical fields. In 2019, She was named one of “Cranston’s Best and Brightest” by the city of Cranston, Rhode Island. She wants to pursue a career in the medical field and later join Doctors Without Borders and become a social health activist. Yesenia Ruano is a first-generation Latinx student at Columbia University studying Political Science with a concentration in the Evolutionary Biology of the Human Species. Yesenia has explored their various policy interests by interning at non-profit organizations such as the National Institute for Reproductive Health, DayOneNY, and the LGBT Community Center in New York City. Aside from their interests in Politics, Yesenia has explored their interests in the law of human remains. On campus, Yesenia works as a tutor for several Harlem public schools, a resident adviser, and a wellness ambassador. After finishing their undergraduate studies, Yesenia plans to attend law school to focus on civil or immigration law. Zoe Walker is a rising senior at the University of Pennsylvania where she is double majoring in Philosophy, Politics and Economics, and Gender, Sexuality and Women’s Studies. At school, she chairs the West Philadelphia Tutoring Project, which connects Penn and West Philadelphia students for academic enrichment opportunities. Educational equity has long been a passion of Zoe’s, who strives to see a world in which all students have the resources they need in order to realize their full potential. When she’s not tutoring, she can probably be found rehearsing with her a cappella group, the Quaker Notes. She is also a PennQuest pre-orientation leader, in which she and her fellow leaders guide 150 incoming first years on a four-day hiking trip along the Appalachian trail. Because Zoe has been lucky enough to find multiple inspiring mentors in her life, she values any opportunity to offer mentorship or friendship to others. After college, she plans to continue working for educational justice in disadvantaged communities, and one day aspires to law school.