Twelve outstanding LGBTQ undergraduates have been selected for this summer’s Victory Congressional Internship. Duncan is a rising senior at Duke University majoring in psychology and minoring in political science. Duncan interns at the university Women’s Center where he directs programming specifically focused on gender violence prevention. He also facilitates a five-day retreat for students each semester dedicated to identity exploration and social justice advocacy. As a First-Year Advisory Counselor Board Member, Duncan works to develop an Orientation Week curriculum for first-year students that builds community and fosters an inclusive campus climate. He is also involved as a university tour guide and a peer advisor at Duke’s Peer Advocacy for Sexual Health Center. Pieter Brower is a rising senior at Brown University, where he is studying Public Policy and Hispanic Studies. He has been active in politics at both the state and federal level ever since he volunteered for President Obama’s first election campaign. When not in class, Pieter serves as a peer adviser and is heavily involved with the Brown Democrats and the Brown Political Review, where he most recently served as Managing Editor. In the coming year, he plans to complete an honors thesis on Spanish nationalism in the films of Pedro Almodovar. He’s a native of North Carolina. Alicia Cannon is a rising junior at Villanova University studying Political Science and Theology. She began her studies at Villanova University in 2015, just in time to witness the Wildcats win the NCAA National Championship. That summer she was chosen to participate in Villanova’s Washington Minimester. This program spans three full weeks and allows students to become immersed in the fast-paced Washington environment. In addition to being an enthusiastic basketball fan, she is a POWER Peer Educator, a singer in the church choir, a member of Alpha Phi Omega service fraternity and an avid member of VU Pride. She’s from Monmouth Junction, New Jersey. Sean DeBlasio is a rising senior at Philadelphia University. He plans to graduate with a Bachelors in Science in Law and Society, and a minor in Psychology. During his time at PhilaU, Sean has focused on becoming a leader among his peers focusing on inclusivity and diversity in clubs and organizations. During his time in college, he’s accumulated leadership positions ranging from Residence Life and Student Life, to Athletics and community service in the Philadelphia area. Sean plans on attending law school following the completion of his degree at Philadelphia University. Sitara Herur-Halbert is a rising junior in a dual BA Program between Columbia University in New York City and Sciences Po in France. She is passionate about politics, human rights, international relations, literature and sports. At the Sciences Po Campus of Le Havre, she co-founded and heads LGBTQIA+ Le Havre, and is an active participant in the Feminist Chapter. She participates actively in campus life, serving as a member of the Student Life association, acting as both a Chairperson and delegate at Model United Nations conferences, and a member of campus soccer, rugby, and dance teams. She will be moving from France to New York to finish the last two years of her program at Columbia University this upcoming semester. Brianna Howard is a rising senior at Virginia Commonwealth University. She’s a Political Science and Sociology major who takes great pride in her involvement on campus in the Richmond community. As an elementary school mentor, Resident Assistant, Diversity Ambassador, and President of the Young Democrats at VCU; Brii works to advocate for the betterment of everyone around her. She plans to graduate in 2018 and take a gap year to work with a nonprofit. She then plans to pursue a law degree before opening a nonprofit practice of her own. She has been described as open-minded, a leader, and always excited to persuade someone to her view. Victory is a rising senior at the University of Nebraska-Lincoln. They are an English and History major with a minor in National Security, Women and Gender and Ethnic Studies. With a focus on Native Americans and Alaska Natives, Victory hopes to bring to light hidden traumas that still impact these communities to this day. Also important are kids, cats, dogs, and marriage equality. Not necessarily in that order. Victory is from the Midwest and passionate about history. Ken is a junior at North Carolina State University, majoring in Political Science with a minor in History. For the past two years, Ken has engaged in grassroots efforts that focused on environmental issues and the gathering of support for progressive candidates to the NC General Assembly. On his campus, Ken is the Social Media Director of the St. Jude Up ‘Til Dawn program, where he reaches out to the NC State community and raises support for the St. Jude Children’s Research Hospital. Paula Quezada is a rising junior at Emory University, where she is majoring in African American Studies with a minor in Women’s Gender and Sexuality Studies. Paula is highly engaged with issues surrounding identity and activism on her campus. She is one of the nine Communications Interns for the Commission on Racial and Social Justice where she engages faculty and the student body with awareness to current issues. Paula is also a co-facilitator for the queer discussion group Queer, Trans*, Latinx and does weekly events for Emory’s Latinx community. Recently, Paula joined a new campus initiative–Emory Conversation Program–that aims to engage the student body with programming surrounding identity. 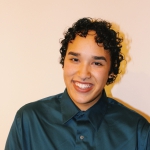 Gio is a rising junior at Brown University studying History. He is currently a Minority Peer Counselor for the Brown Center for Students of Color, a member of the Gender, Power, Sexuality Workshop and a board member for the Brown Concert Agency– which hosts and plans one of the biggest college music festivals in the country. Gio hopes to one day tell the stories and protect the lives of Queer and Trans youth of color and work on Puerto Rico- U.S. relations in order to improve the lives of Puerto Ricans on the island. He was born and raised in Chicago, Illinois. Matthew Smith is a rising senior at Arkansas Tech University studying Agriculture Business with a minor in Pre-Law. At Arkansas Tech, he is currently serving as the President of the Student Government Association and the Philanthropy Chair of Alpha Tau Omega Fraternity. Matthew also serves as the Media Specialist for the Young Democrats where he promotes events to raise money, supplies, and awareness for homeless LGBT youth in Arkansas. He has previously worked in Washington, DC for CropLife America as a Government Relations intern. His main areas of interest are agriculture, the environment, and LGBT issues. Ashley is a rising junior at the University of Minnesota – Twin Cities, where she is pursuing a degree in Family Social Science with a minor in Gay, Lesbian, Bisexual, and Transgender Studies. On campus, Ashley is an Admissions Ambassador Team Lead with the Office of Admissions, as well as a Student Outreach Representative. Off campus, Ashley is an active volunteer with OutFront Minnesota, where she assists in state-level lobbying and policy work surrounding issues affecting the LGBTQ+ community, specifically LGBTQ+ youth in Minnesota.