Over the past eight weeks, I’ve had the privilege of exploring the nuances of what it means to be LGBTQ. As an LGBT Studies minor, I came in with a decent understanding of queer culture, history, and resistance. However, I didn’t realize how much I still didn’t know, and how much I would learn.

I strongly believe that if you want to understand yourself, you need to understand your history. While I’d already studied the details of the gay liberation movement, no textbook could’ve prepared me for the weekend I spent in New York City during World Pride. During the parade, my group made it to the original Stonewall Inn, the site of the infamous riots that were among the first uprisings of gay liberation. At that moment, a bus full of community elders drove by in the parade, several holding up their fists in victory, beaming down at us. I distinctly remember one man slowly raising his hands in a triangle formation above his grey head as they drove by in a salute to the pink triangle, which had been used to mark LGBT individuals in concentration camps during the Holocaust and later, was reclaimed by the movement. 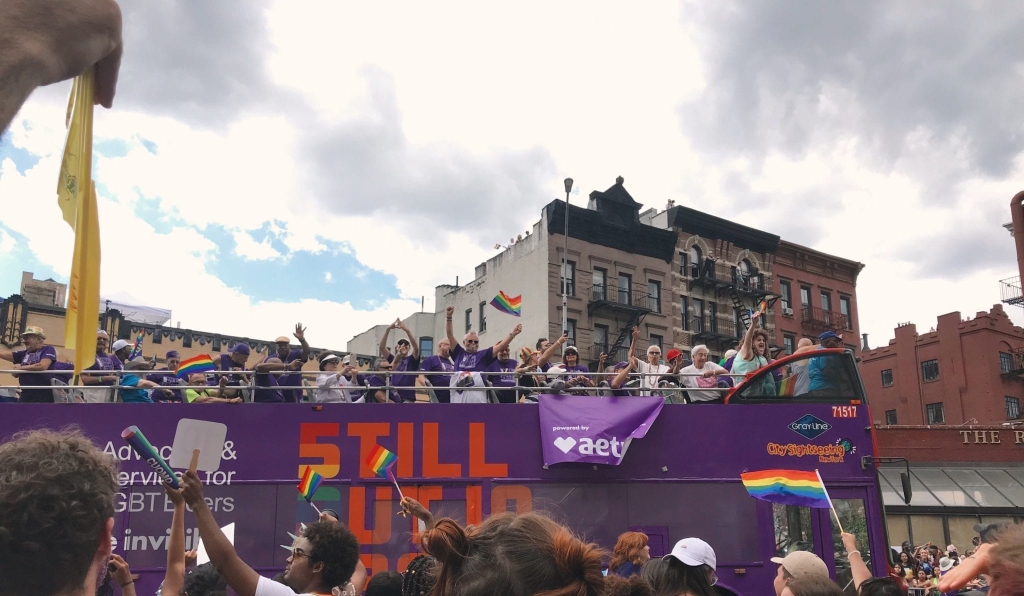 Upon seeing them, I immediately started tearing up. I was completely overwhelmed by the serendipity of the moment, the meeting of past and present. In that moment, I saw how I fit into the decades-old fight for equality. Our elders have done so much for us just by having the courage to be themselves, and I thought about the unimaginable violence they had to endure for me to be able to stand here, young and out. I only wished that the bus could have been more full. Understanding how others have navigated their queerness has also been incredibly insightful. Every Friday, when we visited organizations like the Center for American Progress, Aerospace Industries Association, and Georgetown Law, we had the chance to ask successful out professionals how their identities had affected their trajectories. Answers varied— for some, it motivated their work; for others, it had been a barrier; a few mentioned that they felt little effect. Ultimately, I walked away able to imagine how it would look for myself as an out person to work on issues that hit close to home.

Over the course of this program, I’ve reaffirmed why representation is so important. Just by being out, others have served as role models and inspirations to me. I can only imagine that in the future, I might be the one setting the example for others.