Coming Out (Of Your Comfort Zone) – Kylie Murdock

I’ve always been a bit of an introvert. I’m not one to walk up to a stranger and start a conversation, or one to enjoy networking events. In the past, I would get off from work at 6pm, go home, and spend the rest of the night by myself, usually watching Netflix. But this summer, I’ve decided to challenge myself. I wanted to make the most out of my time in Washington D.C. and not be left wondering “What if?” This past week was the ultimate epitome of this challenge. Monday night, I got off work and headed straight to a networking event hosted by Ignite, an organization that trains women to run for office. Luckily, two friends from my cohort, Alexis and Alicia, tagged along so I wasn’t alone. We started talking to strangers and ended by exchanging contact information. Even though Alexis and Alicia were leading most of the conversation, I would contribute every so often, easing my way into the whole networking thing.

Tuesday night, I got off work and headed to a Pride Happy Hour hosted by the LGBT Congressional Staff Association, and I was ready to put my rehearsed networking skills to the test. I caught up with a couple people I had met at previous events, and surprisingly found myself leading the conversation. I then began talking to a 20-year-old staffer from Florida. 20! I’m 21 and he is more accomplished than me. We hit it off, and now we’re getting coffee next week. I’m excited to see what I can learn from someone so accomplished at such a young age.

Wednesday night, I got off work and headed to the Congressional Baseball Game. I have never been a fan of baseball, but I wasn’t going to miss the chance to watch members of Congress attempt to catch a baseball and drop it. I ended up having a great time. By just being there, I was able to see Congresswoman Deb Haaland sitting a row away from us. After the game, Gus and I dashed to a debate watch party where we were promptly turned away because the venue was at capacity. We watched the debate on my phone on the Uber ride back to our apartment, where we watched the remainder of the debate. 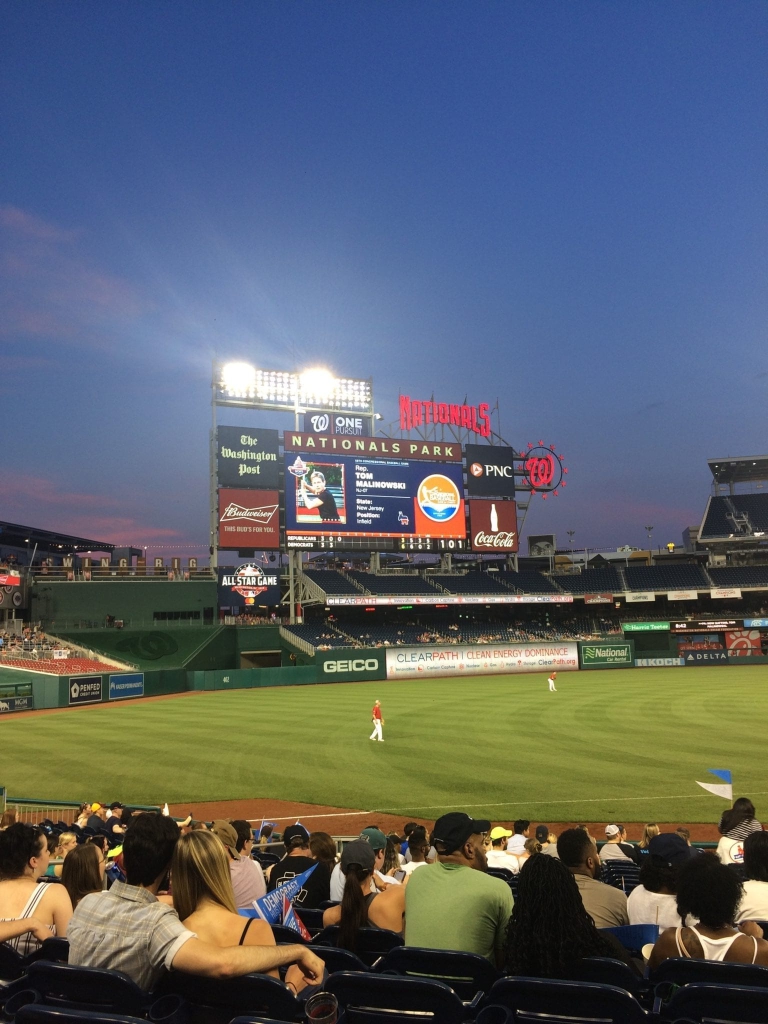 Overall, it was a jam-packed week. I’m glad I stepped out of my comfort zone and challenged myself to be more social and more spontaneous. While I plan to do this more, I’m definitely going to need some “me time” this week. Spending 9 hours at work and then 3 hours out after work can be draining. Self-care, whatever that looks like for people, is important. For me, it looks like spending time with myself.

Here’s to challenging yourself, but also taking care of yourself!