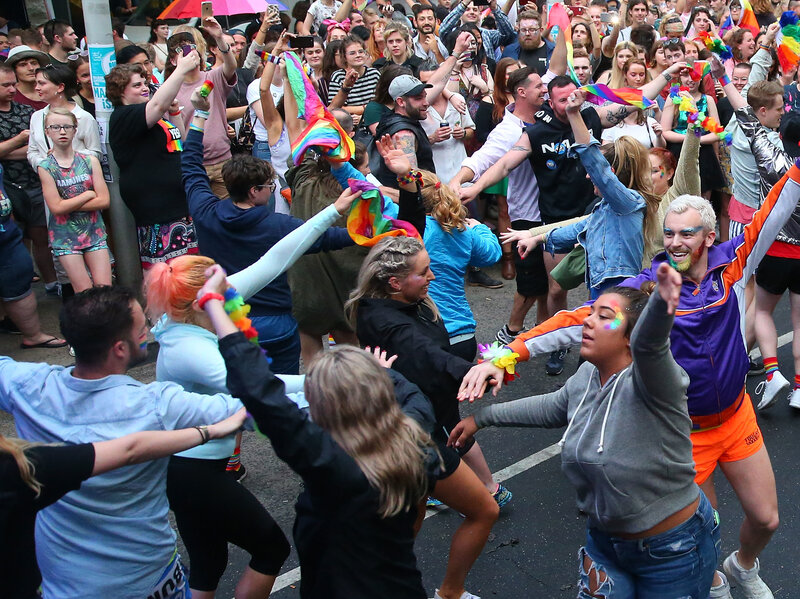 In a historic national poll, the people of Australia have voted in favor of same-sex marriage on November 15, 2017. According to the Australian Bureau of Statistics, about 61.6% of the electorate supported gay marriage, against 38.4% who opposed it. Australia has battled for marriage equality for decades and in 2015, Prime Minister Malcolm Turnbull announced a nonbinding poll, conducted by mail, to gauge the public’s opinion on the matter. Now with Australia proven to be in favor of marriage equality, and the global attention it has received, a vote is ideally set to be made in the Australian parliament next month.  This is a big win for the LGBTQ community and although it isn’t law quite yet, the people have spoken as many conservative lawmakers in the country have aimed to block marriage equality. In many ways, it sent a clear message to all that love had won.

Alex Greenwich, is member of Parliament in the New South Wales Parliament and Co-Chair of the advocacy group, Australian Marriage Equality, and continues to be a key player in the fight for marriage equality. He stated that the vote, “shows that Australians have truly come together in support of their gay and lesbian mates and have said that everybody should be able to have the freedom to marry.” Mr. Greenwich attended the Victory Institute International Conference in 2016 and looks forward to representing Australia in this year’s International LGBTQ Leaders Conference panel titled, “Marriage Equality: Lessons Learned and Next Battles Around the World”.  Join Alex Greenwich, alongside other elected officials from the US and abroad, in exchanging experiences and strategies on advancing toward full LGBTQ equality for all.