In the past decade, Brazil secured several LGBTQ civil rights victories through the court system including same-sex marriage in 2013, legal transgender name and gender changes in 2018 and most recently, extended anti-discrimination protections to LGBTQ people in June 2019. But as the LGBTQ community gained more rights, Brazil grew more conservative. In January 2019, President Jair Bolsonaro was sworn into office after a violent general election. Bolsonaro, an openly bigoted politician, who once said he would prefer a dead son to a gay son, has elicited fear in LGBTQ Brazilians. There is a strong sense of urgency to take back power in the upcoming local elections in 2020. Attendees of the conference discussed the importance of LGBTQ representation in government and learned important strategies to fight discrimination.

Victory Institute facilitated a round table discussion about LGBTQ candidates and the importance of representation. Participants included Robeyonce de Lima, joined by openly LGBTQ Peruvian Congressman Alberto de Belaunde, state congresswoman Katia Cunha of Pernambuco, and former congressional candidate Ari Arei from the city of Fortaleza. Attendees walked away from the session with a better understanding of what it takes to be a successful LGBTQ candidate and how to deepen connections between political movements in defense of democracy and human rights.

After the conference, Rênya Medeiros, the first LGBTQ Mayor of Brazil, invited Victory Institute’s team to visit Passira. The team saw firsthand the positive impact her administration has on the city. Mayor Rênya is working hard for equality and explained how her identity as a lesbian has informed her work as an elected official. She takes much pride in appointing a majority of women and LGBTQ persons to work with her. Mayor Rênya is up for reelection next year and Victory Institute wholeheartedly hopes she wins! The International Team also met with local LGBTQ organizations to exchange work experiences and explore areas of future collaboration. 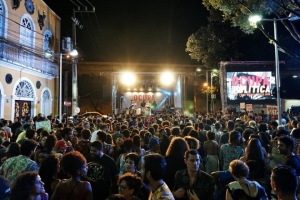 The increasingly hostile environment for LGBTQ people in Brazil is dangerous and cause for alarm. Despite President Bolsonaro’s hateful agenda, progressive groups are organizing and fighting back. More than 500 people registered to attend Ocupa Política and their eager participation at the conference is both energizing and inspirational. LGBTQ politicians are building relationships with social movements to protect the rights of women, black and indigenous people and sexual minorities. Their tireless work towards the advancement of human rights is a testament to their resilience in the face of adversity.

The LGBTQ Victory Institute is dedicated to electing LGBTQ leaders in the United States and around the world. In November the Victory Institute will host the annual International LGBTQ Leaders Conference. International Pre-Conference is free and begins on Wednesday November 13th, with the session “From frustration to action: Taking back Brazil through the 2020 local elections.” If interested, please register here.